“You can hide memories, suppress them, but you can’t erase the history that produced them… … if nothing else, you need to remember that. You can’t erase history, or change it. It would be like destroying yourself.”

It’s been about 3 years since Murakami’s previous work, 1Q84, was published, and compared to its predecessor, Colorless Tsukuru Tazaki And His Years Of Pilgrimage is almost a 180° change in what most, I guess, have come to expect from Murakami’s works – the usual suspects are there, of course: weird sex, bottles of Cutty Sark, musings at night, and the constant sense of ennui the protagonists face – but there is undoubtedly much less emphasis on the supernatural and the paranormal in this work compared to the tale of the Little People.

What we have here is, undoubtedly, a novel written in the traditional Murakami style, as some like to call it – a focus on everything but the story! – without much of what makes a Murakami book uniquely his. Sure, there were cryptic dreams yet again, and there was discussion of a man who could see auras, but ultimately, that ended up being nothing more than an anecdote. Even the symbols, the metaphors were much more human: dreams of sex, sixth fingers… this time there is no well. There is no chrysalis, there is nothing that disappears. What we receive is something intensely human at the core.

It’s also been quite a while since Murakami started writing in the third-person perspective rather than from a first-person perspective, which worked magnificently in his novels, especially Hard-Boiled Wonderland And The End Of The World, and it, in a way, disassociates Murakami from his own text: while in previous novels the image of Murakami could be projected onto their male protagonists, and the protagonists onto Murakami,  this new writing style invites us to join him in examining what happens, observing our characters face their problems, live their lives, with Murakami not as the artist of the exhibition, but as its curator.

Along with the shift in narrative style comes a demystifying effect: what 1Q84 and Colorless Tsukuru Tazaki excelled in, in my opinion, was a more honest depiction – and dare I say, a better depiction? – of the character’s emotional responses, thoughts, feelings. Emotions aren’t something triggered by the supernatural, by the surreal. Emotions aren’t special dramatic events. Emotions are what defines humanity – it is emotion that drives us forward into tomorrow. Tsukuru’s reaction to his being exiled from his close-knit community of colorful friends may strike some as strange, defeatist, or cowardly, but to me it was something instinctive, natural: what else could one have done in that situation? Faced with such an unbelievable order, can someone really find the power within himself to be angry?

While Aomame’s yearning for Tengo in 1Q84 and vice versa had a surreal, almost magic overtone, the characters of Colorless Tsukuru Tazaki have none of that: as such, they strike me as much more real, and all the more believable. The book is carried not by the magical and the mystical, but facilitated along with Tsukuru’s conversations with people – people which we may never know more about- it immersed me in its color-splattered world. Not all primary, not all happy, but colorful, its world was.

But with the book becoming much more realistic, of course some parts of the book left me unsatisfied: Murakami’s knack for leaving stories unresolved. True, it’s what he does: “The Little People came suddenly,” he said. “I don’t know who they are. I don’t know what it means. I was a prisoner of the story. I had no choice. They came, and I described it. That is my work.” At the risk of sounding apologist, I don’t blame him for having no end in mind: it tends to leave the mystic, mystic. It’s yet another Murakami trait.

Still, we never know what happened to Haida aside from conjecture, and we’ll never know how Sara would reply. In fact, we don’t even know Sara’s motivations all that well: she puts in so much effort for Tsukuru to recover, so it’s almost inexplicable for her to have done what she did. The feeling…. is much like you’re packing away the book into your mind, placing it in the corners, packing it in and filling up the space, and having this big empty space left over. You want to see more, but you know you can’t. Is that a good thing then? Perhaps, since the book’s strengths were after all, realism: not everything ends like 1Q84, not everything ends like a novel. I would be lying if I said I didn’t care about Haida and Sara, but it’s something I guess I just have to live with.

Speaking of having to live with unfortunate truths, perhaps the reason why the book had a great impact on me was that I could relate very well to Tsukuru’s situation, having being placed in a similar situation once myself, in my youth, and watching someone else being put in the spot as well. Granted our pilgrimages weren’t as long (hopefully) as Tsukuru’s, but having gone through a similar experience myself, only made me appreciate the book even more. Tsukuru’s reactions, emotions, thoughts: at times, I felt as though the book was written for me. That was how much I realised I had immersed myself into his railroad world. The book wasn’t bombastic. It certainly was not as loud as his previous works. It was subdued, quiet, like sitting in a balcony at night, just watching the city sleep. Even without all the Murakami mysticism, its world would have been the same – just as touching, and just as engaging.

To end off, I quote the book again.

“In the deepest recesses of his mind, Tsukuru Tazaki understood. Our heart is not connected to another through harmony alone. They are instead, linked deeply through our wounds. Pain linked to pain, fragility to fragility.” 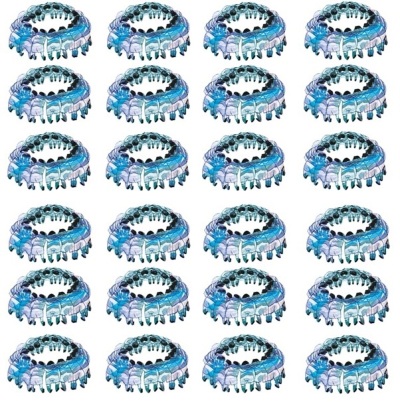 Sticker from the book, “Community”.

This site uses Akismet to reduce spam. Learn how your comment data is processed.